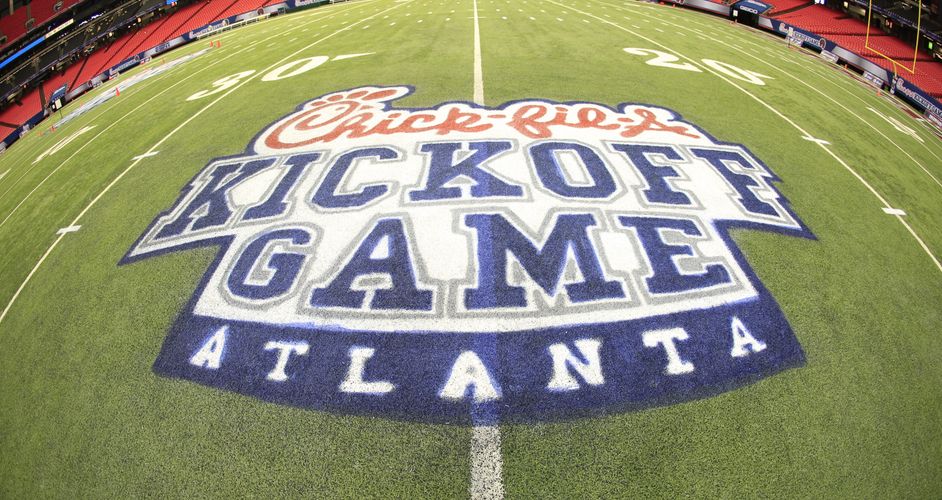 In total, the Chick-fil-A Kickoff Game (Auburn vs. Louisville) and the Chick-fil-A Peach Bowl (Houston vs. Florida State) combined to draw 144,934 fans to Atlanta. In terms of visitors to the city, the two games represent the fifth and sixth-largest events for Atlanta in 2015. More than 8.4 million additional fans watched the games on television.

Although annual results vary based on the identity and location of the participating teams, results of the Bowl’s annual economic impact study show that college football is a significant economic engine for Atlanta and Georgia.

“In terms of bringing visitors to the city, college football games continue to be some of the biggest ‘conventions’ we have on an annual basis,” said Gary Stokan, Peach Bowl, Inc. president and CEO. “And with the Chick-fil-A Peach Bowl’s enhanced visibility as one of the New Year’s Six, this economic potential becomes even more important.”

“When you have two events that serve as “book-ends” to the college football season,” Stokan added. “You have a guaranteed draw for 150,000 visitors per year coming to the region to help fill hotels, restaurants, attractions and shopping centers at a traditionally slow time of the year for the hospitality industry.”

The sustainable nature of these games and their value to Atlanta is realized in the cumulative numbers that have been tracked since 1999. Over that time, college football games hosted by Peach Bowl, Inc. have delivered $842.1 million in total economic impact and $43.9 million in combined direct tax revenue generated within the metro area.

“The Chick-fil-A Kickoff Game and Chick-fil-A Peach Bowl represent two of the largest events held in Atlanta each year,” said William Pate, president and CEO, Atlanta Convention and Visitors Bureau. “They bring tens of thousands of fans to our city days before kickoff to experience our attractions, eat at award-winning restaurants and enjoy the best shopping in the Southeast, which generates millions of dollars in critical economic impact for Atlanta.”

The economic impact study was conducted by Dr. Bruce A. Seaman, associate professor of economics at Georgia State University. It also revealed additional information about how long visitors stayed and how much money they spent while they were here.

“Our goal is to continue to modify and update our model and parameters, including the way in which we collect the data via our survey of game attendees to most accurately reflect the true economic impact of these events,” Dr. Seaman said. “Even though these changes may reduce the reported impacts, it is critical to have accurate and credible numbers with which to gauge the net impact these games have on our economy.”

The following chart shows the average amount spent per person (including taxes) by the estimated 41,411 non-Georgia based fans who stayed in hotels of the 71,007 fans who attended the 2015 Chick-fil-A Peach Bowl.

2015 and Cumulative Impact by the Numbers: Metro Atlanta

Adjustments were made to account for displaced spending that would have occurred without the games and for the proportion of visitor spending actually captured by regional vendors.