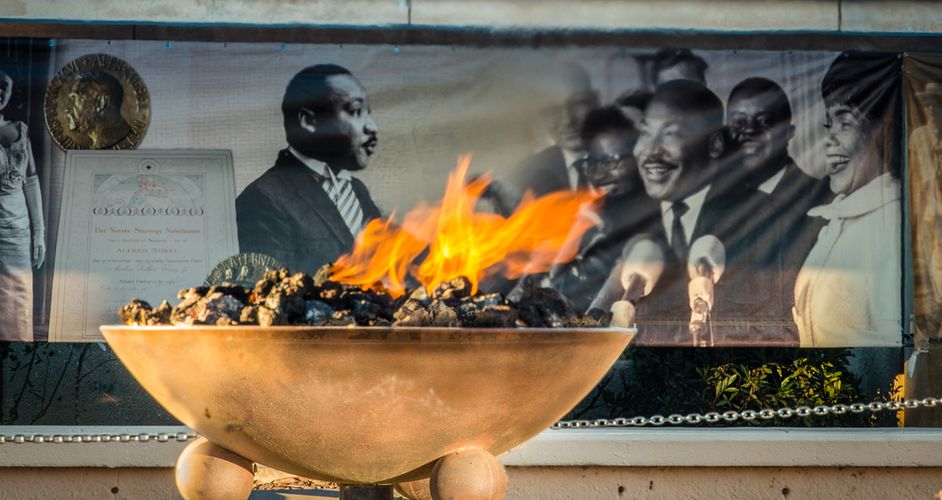 As the birthplace of the civil rights movement, Atlanta has progressed to become a welcoming destination boasting attractions with both historic and cultural significance.  Dating back to the early 1920s, various organizations were created in Atlanta whose mission it was to increase African-American education, voting rights and political power, including the Atlanta Urban League and Atlanta University Center. These groups propelled change throughout the city and positioned Atlanta as an example of acceptance and progress for neighboring states.

In the 1960s, the work of Atlanta-native Dr. Martin Luther King, Jr. and his many followers continued to set apart the city. Following Dr. King’s Nobel Peace Prize acceptance, Mayor Ivan Allen, Jr., Coca-Cola president Robert Woodruff and a committee of prominent businessmen worked together to honor the activist’s accomplishments by hosting a banquet that was not only a celebration, but also allowed both white and black members of the community to unite for a common cause. The event gave Atlanta national attention that earned it the title “A City Too Busy to Hate” along with recognition from Time magazine as “one of the South’s most enlightened cities.”

Today, Atlanta continues to shine through its civil rights tourism. Many attractions around the city offer experiences to learn more about the civil rights movement in the U.S. and abroad. African-American Panoramic Experience (APEX) Museum gives insight into African-American history and culture while Center for Civil and Human Rights provides an up-close look at the past and present of human rights issues on a global scale.

Visitors looking to walk in Dr. King’s footsteps can see his birth home, hear one of his speeches played at Historic Ebenezer Baptist Church where he preached and walk along the International Civil Rights Walk of Fame to learn about other prominent leaders of the civil rights movement. A 10-day celebration of Martin Luther King, Jr. takes place each year leading up to his birthday and includes a volunteer day of service, a commemorative service at Ebenezer Church and a march to celebrate his work.

Decades after King spoke the last words of his “Where do we go from here?” speech in Atlanta, the same spirit of inclusion and acceptance remains for residents and visitors alike to experience.