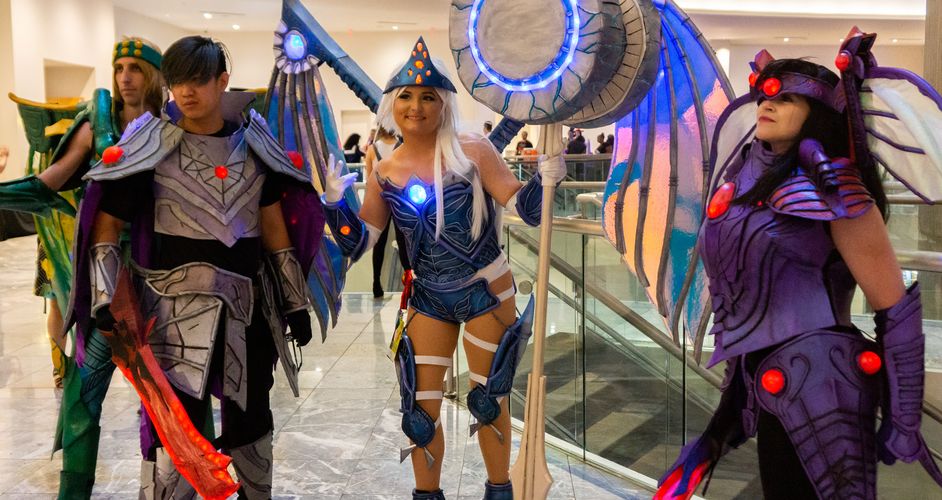 “Dragon Con 2019 was another terrific success,” said Rachel Reeves, co-chair, Dragon Con. “For many of our fans and guests, Dragon Con gave them five days to escape the real world and embrace the things they love with friends from around the world.”.

Fans came from around the world and all 50 states, with this year’s convention attracting people from Canada, Mexico, several European countries and Australia.

“Dragon Con is one of Atlanta’s largest conventions, and we couldn’t be more thrilled for its record-breaking attendance this year,” said William Pate, president and CEO, Atlanta Convention & Visitors Bureau. “Downtown’s walkability and connectivity make it easy for attendees to travel between hotels, restaurants, events and attractions, which is why Atlanta is the ideal destination for this event.”

The convention also supported a number of movies and television shows made in Georgia including Stranger Things, Black Lightening, Cobra Kai, Marvel’s Thor: Ragnarok and The Gifted. Fans also had a chance to talk with creators and professional players from Paladins and SMITE, perhaps the most popular video game to come out of Georgia.

In the months leading up to the 2019 convention, Dragon Con Superheroes community service program volunteers and fans worked with Piedmont Park Conservancy to mulch the dog park and handle other maintenance tasks, packed some 1,500 meals for Open Hand Atlanta and sorted and packed medical supplies for MedShare. Since 2014, Dragon Con Superheroes have contributed more than 3,500 hours to Atlanta-area nonprofits.

LifeSouth, which has organized the convention’s annual Robert A. Heinlein “Pay It Forward” blood drive since 2002, held another successful drive. This year, 3,600 donors contributed more than 10,000 units of blood and blood products. The annual drive – consistently ranked as the largest convention-based blood drive – benefits LifeSouth, which serves more than 40 hospitals in the Atlanta area and 110 hospitals in the Southeast.