Fancy, Free and Farewell – A Guide to New Year’s 2016 in Atlanta 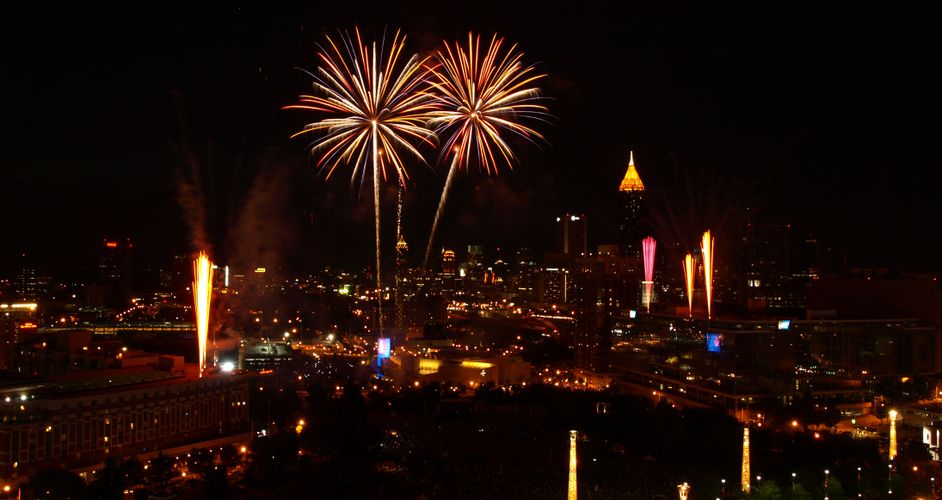 Between its many festivals, parades and concerts, Atlanta knows how to have a good time, and ringing in the new year is no different. Whether celebrating with a low-key hang out or a Gatsby-inspired party, Atlanta has a way to welcome 2017 for any crowd or mood.

While saying hello to 2017, Atlantan’s will also have the chance to say farewell to one of the city’s signature events, the New Year’s Eve Peach Drop at Underground Atlanta. The 28-year-old tradition will make its final appearance at the shopping and entertainment district created from a former railroad corridor as it prepares for a new phase of redevelopment. Fireworks and live performances will accompany the 800-pound peach’s final fall in the last seconds of 2016.

The Georgian Terrace, one of Atlanta’s landmark hotels, is often associated with luxury with its marble staircases, grand chandeliers and list of notable guests including past presidents, world leaders and famous actors.  The hotel’s basement speakeasy-style bar, Edgar’s Proof and Provision, will play host to a different crowd during its 2017 New Year’s celebration, “White Trash Bash.” The low-key celebration will include free beer cocktails, passed appetizers and most notably, doesn’t require a reservation. Attendees are encouraged to wear their grungiest attire and can come away with a bottle of Edgar’s Truth Bourbon for being the “worst” dressed.

For those looking to ring in the new year with a new tradition, one of Atlanta’s hot-spots, Ponce City Market, is hosting a night to remember atop the building’s newly-opened rooftop beer garden, 9 Mile Station. The restaurant, named after the nine-mile street car circuit that ran from Atlanta’s Downtown to the Virginia-Highland neighborhood more than 100 years ago, will feature a night of gourmet hors d’oeuvres, champagne toasts, unique performances and unobstructed views of the Midtown skyline. The roaring twenties-themed party is not only a chance to don a flapper dress and bowtie, but also pays homage to the building’s past as the 2.1-million-square-foot Sears, Roebuck and Co., completed in 1926.