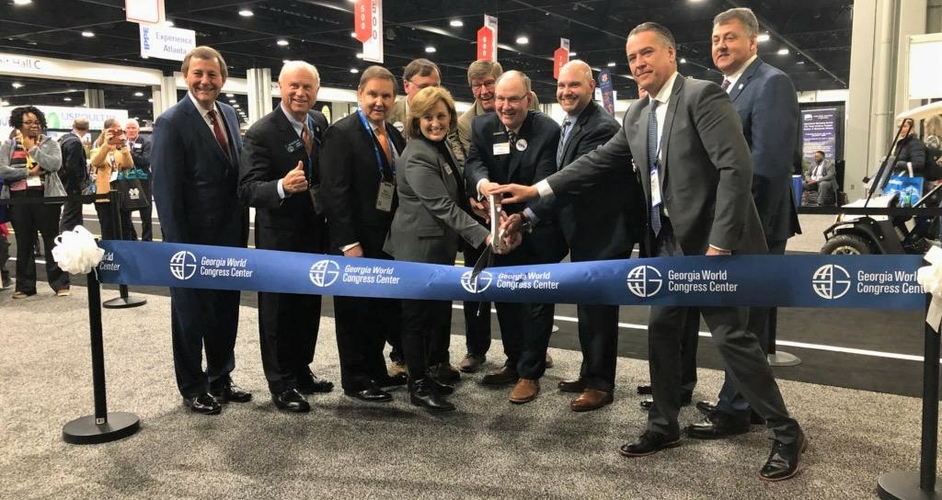 The first major expansion to GWCC since 2002, Exhibit Hall BC was completed ahead of schedule and under budget and is poised to make a swift return on investment – more than 20 events have committed to utilizing the new space, with bookings stretching into 2030, translating into approximately $20 million in rental revenue and potentially bringing more than 600,000 attendees to town.

“The Congress Center’s expansion reaffirms its importance to Georgia’s economic growth and continued increase in tourism,” said State Senator Butch Miller, chairman of GWCCA’s Legislative Overview Committee. “I applaud the Authority for completing this project ahead of schedule and under budget; it exemplifies its continued stewardship of the funds we’ve entrusted to them.”

Funded through general obligation bonds approved by the Georgia General Assembly, this new addition is expected to produce an estimated economic impact of more than $600 million, aligning with the Authority’s mission to generate economic benefits for the state of Georgia and city of Atlanta. The Authority has a long history of being a sound investment for the Peach State, which has invested $805 million into the Authority since its inception. The Authority has returned $1.632 billion in Georgia sales tax and $827 million in revenue back to the state.

“Exhibit Hall BC continues the transformation of Atlanta’s walkable convention and entertainment district as one of the country’s top meetings destinations,” said William Pate, president and CEO, Atlanta Convention & Visitors Bureau. “As Atlanta continues to attract the country’s largest conventions, the new expansion demonstrates our commitment to providing our customers the ultimate experience.”

“We’re excited for our customers who can immediately begin to take advantage of this new asset,” said GWCCA Chief Commercial Officer Joe Bocherer. “For those that may have overlooked GWCC in the past – it is time to give the Georgia World Congress Center and our championship campus another look.”

The Exhibit Hall BC project was part of the Authority’s 2020 Vision strategic plan focused on reshaping its downtown campus to include a package of facilities unrivaled in North America. Other projects included recently completed $27 million in capital improvements at Centennial Olympic Park and the addition of a headquarter hotel, Signia by Hilton, set to break ground this spring.