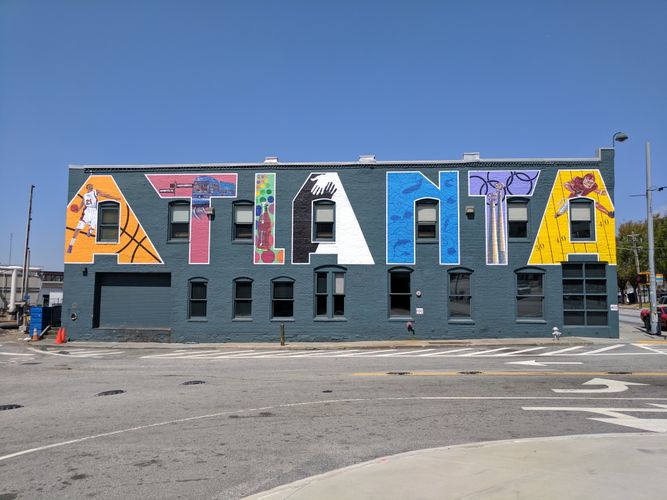 Atlanta’s creative class is having a moment. Thriving industries include entertainment production, music and art, all of which have a huge pool of talented locals as well as transplants flocking to the city. Reaching an entirely new level, street art organizations work to curate and highlight local, national and international artists. Living Walls, Forward Warrior and Outer Space Project bring otherwise blank walls and buildings alive with color and stunning visuals with murals awaiting to be discovered in each of Atlanta’s neighborhoods. 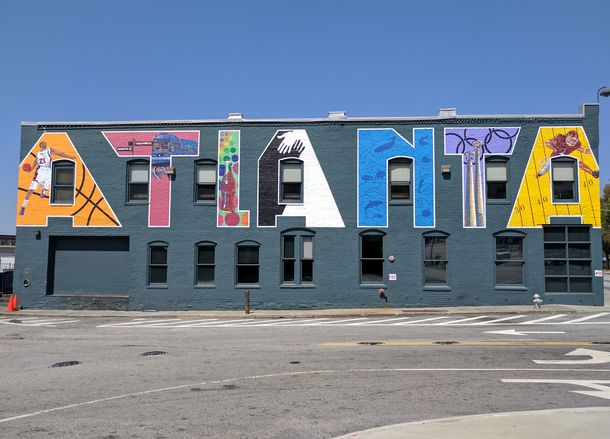 In the heart of Downtown, a large mural depicting many facets of the city to greets visitors. Atlanta’s Olympic legacy, favorite soda beverage and hometown NBA team are a few of the entities represented. This artwork sits within walking distance of Downtown attractions such as World of Coca-Cola, Georgia Aquarium, College Football Hall of Fame, Center for Civil and Human Rights and CNN Studio Tours. 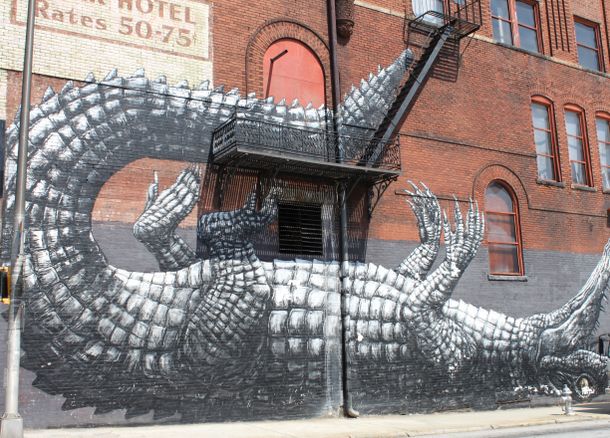 Is the alligator alive or playing dead? Belgium street artist Roa painted one of the most iconic Downtown murals as part of Living Walls. Guests taking part in the culinary journey offered by Atlanta Food Walks see Roa’s larger-than-life reptile. 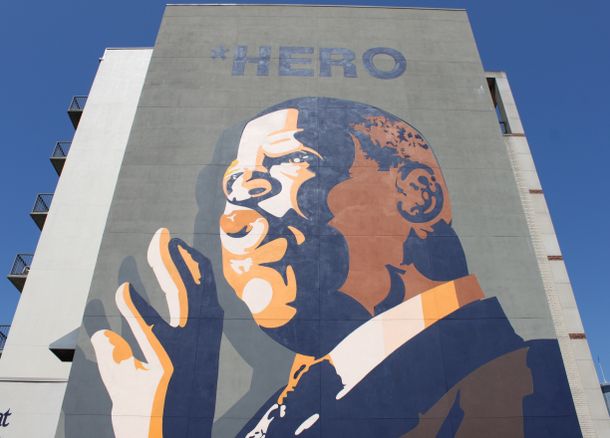 One of the more inspirational murals within Atlanta features civil rights activist and current congressman John Lewis at the intersection of Auburn Avenue and Jesse Hill Jr. Drive. Depicted on the adjacent wall is Lewis’ famous speech given during the March on Washington. Near this towering piece is Martin Luther King Jr. National Historic District, where visitors learn more about Lewis, Martin Luther King Jr. and the civil rights movement. 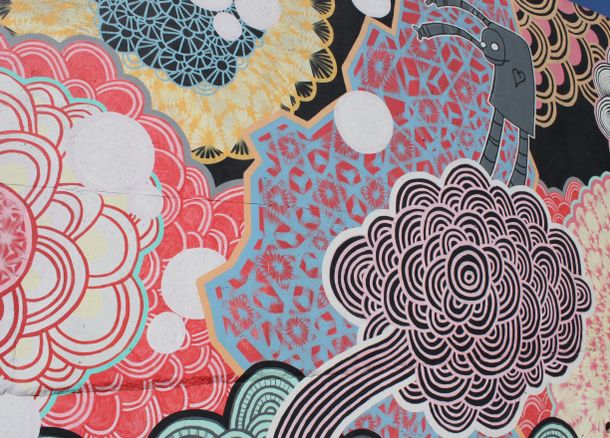 Molly Rose Freeman, in collaboration with Travis Smith, created one of the largest murals in the Cabbagetown neighborhood. Freeman’s intricate work blends complex shapes and designs together for beautiful visuals. ATL-Cruzers conducts a tour that passes right by this mural, making it a great location for a photo op. 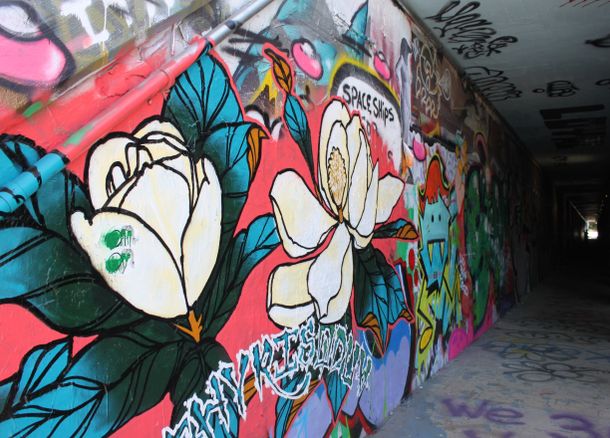 The New York Post named Atlanta to its 2016 list of best graffiti across all of America, and one of the most concentrated areas worthy of this accolade is Krog Street Tunnel. Murals can change weekly, even daily as the area attracts those looking to show off their artistic talent. Atlanta BeltLine Eastside Trail’s Southern extension travels through the tunnel for an easy path to view the diverse art. 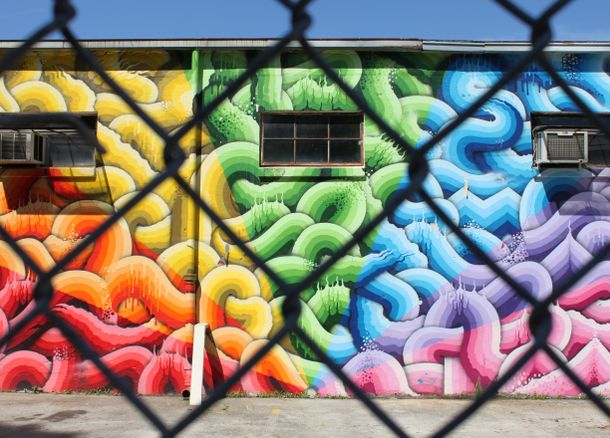 There is a large mural from Ricky Watts viewable while traveling to Krog Street Market from the tunnel, just before Edgewood Avenue. Watts’ distinctive use of color and lines makes for an eye-catching piece of work. 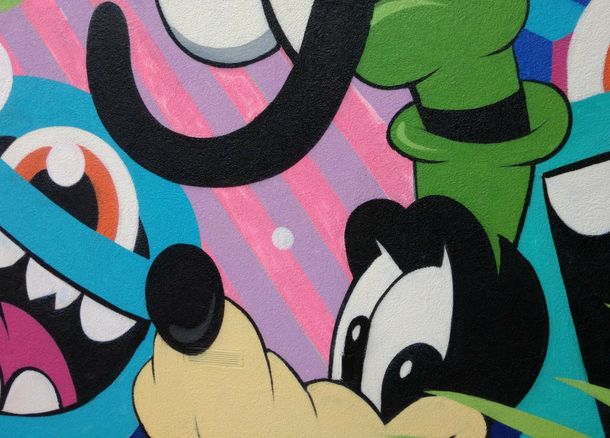 Local artist Greg Mike treats visitors relaxing by the pool at W Atlanta-Buckhead to one of his original pieces. Mike’s creations feature wild, colorful characters with no shortage of smiles. His work is found across Atlanta and throughout the country.