Silver Screen Series: Having a MARVELous Experience in Atlanta 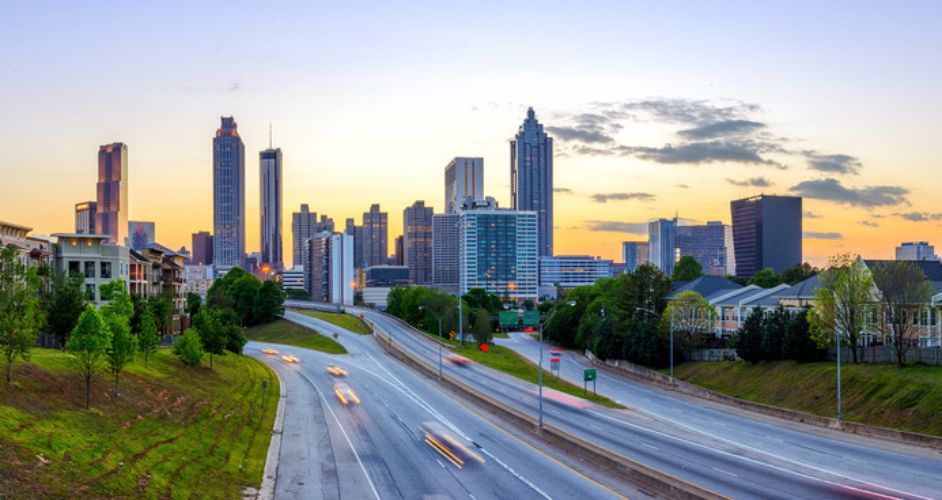 Silver Screen Series highlights Atlanta’s prominence as the No. 3 film production location in the U.S. during Georgia Tourism’s Year of Film. Check news.atlanta.net regularly for the latest on Atlanta’s film industry.

With its attractive tax incentives and variety of camera-ready locations, Georgia is a frontrunner in the TV and film industry. In 2016, the Peach State topped the list of markets serving as destinations for film production with 17 of the top-100 grossing movies at the U.S. box office filmed in Georgia. Atlanta plays a super role in this accomplishment as the home of several Marvel Cinematic Universe feature films including “Captain America: Civil War,” “Ant-Man” and “Black Panther.” Whether visitors want a taste of the superhero life or seek a glimpse of their favorite celebrity, Atlanta is the place to go for a “Marvel”ous experience.

Sleep like a celebrity
Viewers looking closely at the trailer for the Marvel film “Spider-Man: Homecoming” may recognize the web-slinging hero soaring through the cavernous lobby of Atlanta Marriott Marquis in Downtown. The hotel hosts three restaurants, a spa and is steps from many of the city’s historic landmarks and attractions including Centennial Olympic Park, CNN Global Headquarters and Center for Civil and Human Rights.

Upon checking into Four Seasons Hotel Atlanta in the Midtown arts district, visitors get a true taste of the celebrity life. The hotel sits nearby Woodruff Arts Center, Fox Theatre and Museum of Design Atlanta. In addition to its proximity to world-class exhibits, theatre performances and original pieces of art, the hotel played home to the stars of “Guardians of the Galaxy Vol. 2” during filming.

Eat with a view of the stars
Although movies taking place in mythical places like Asgard andXandar don’t highlight Atlanta’s local eateries, there’s no shortage of restaurants here that have their own claim to fame. Buckhead’s upscale sushi restaurant Umi is a popular spot for Avengers duo Scarlett Johansson (Black Widow) and Chris Evans (Captain America) when in Atlanta. The superhero-worthy restaurant serves traditional rolls, nigiri and box sushi.

If chaos strikes the city and leaves it in need, the first place to look for someone capable of saving the day is Buckhead Diner. In addition to traditional fare, Buckhead Diner’s menu features twists on the classics such as truffle deviled ham and eggs, a grilled salmon BLT and Spanish vanilla bean milkshakes. The food and retro atmosphere attracted Robert Downey Jr., Iron Man of “Captain America: Civil War.”

Have fun like the rich and famous
Even celebrities have to take a break from making box office hits to have a little fun. In Atlanta, Top Golf - Midtown is the ideal way to chip, putt and play the stress away. The course’s nine different games allow pros and amateurs alike to try their skills and accuracy as they aim at the extra-large, brightly colored targets. “Guardians of the Galaxy”’s Peter Quill (Chris Pratt) teed off here when visiting the city.

In addition to seeing the work of world-renowned artists at Atlanta’s own High Museum of Art, guests chance a sighting of their favorite actor or actress. A popular place for celebrities in town to browse when not filming, the museum houses both classic and contemporary collections. Chris Pratt’s Guardian’s co-star Sylvester Stallone took his fair share of selfies in the museum’s many galleries.