Feel free to contact any member of the ACVB public relations department with your press request. 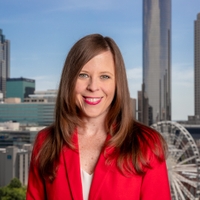 Heather does. She skipped school to watch her beloved Atlanta Braves celebrate a World Championship with a parade down Peachtree Street. (Don’t worry. Her parents knew.)

Heather’s passion for sports led to a career in sports broadcasting which relocated her to markets throughout the Southeast. After following around Brett Favre many summers to ask if he was really retiring this time, getting bulldozed on the sidelines of high school and college football games in the fall months and covering the second-to-last College World Series at Rosenblatt Stadium, Heather moved back to her hometown of Atlanta to start a new chapter of work in PR and communications.

These days, she and her husband Jason chase around their twin daughters and keep their first born, a Cocker Spaniel named Dash, occupied with belly scratches and frequent games of fetch. They dream about checking their girls out of school early one day in the near future to attend another Braves championship celebration. 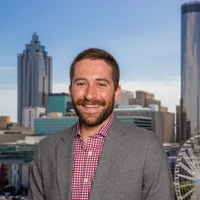 Hailing from the Sunshine State of Florida, Travis moved to Atlanta to attend as many live music shows as possible. Sometimes mistaken for Jake Gyllenhaal, he loves urban adventures, sour beer and wedge salads. Travis is a huge fan of Atlanta United FC, a member of the All Stripes supporter group and always flies the 5 Stripes flag at his home in Cabbagetown. One of his favorite activities is to find street art murals scattered across the city.

Travis spends his free time hanging out with his husband Will and their Australian cattle dog, Badger, who loves walks along Atlanta BeltLine. 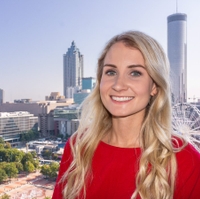 After interning at ACVB in 2016, Lindsey took a swing in the sports world as a public relations trainee for the Atlanta Braves and then dove right into her first full-time role at Georgia Aquarium. After experiencing the different industries Atlanta has to offer, Lindsey couldn’t stay away and returned to ACVB as the public relations specialist in 2019.

In her free time, she loves eating her way through every taco Atlanta has to offer, drinking way too much coffee, scuba diving and dreaming of the day she can adopt a Frenchie.