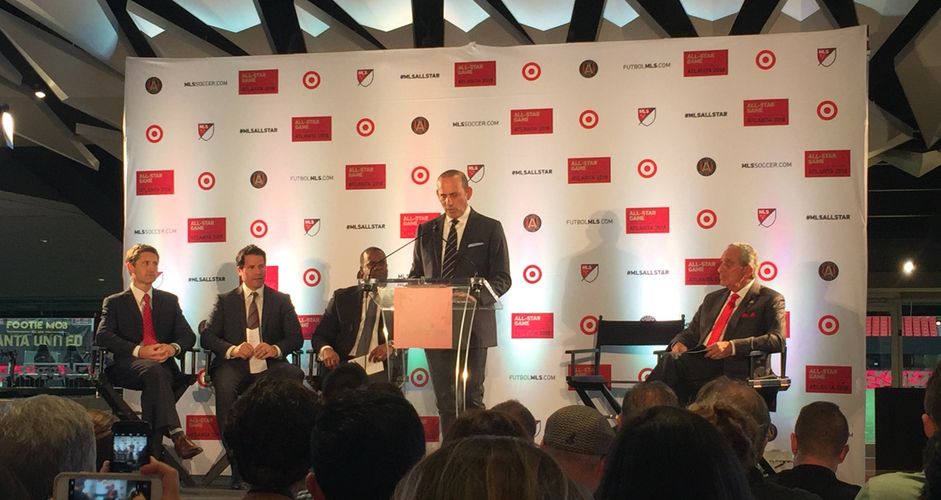 In recognition of the extraordinary success of Atlanta United during the club’s inaugural season, the passion shown by the soccer supporters throughout the Southeast and the arrival of a game-changing stadium for the city, MLS announced that Mercedes-Benz Stadium, the home of Atlanta United, will be the site of the 2018 MLS All-Star Game presented by Target. The annual midsummer showcase will feature the best in MLS hosting one of the top clubs in the world, broadcast live on ESPN and UniMás in the United States, TSN and TVA Sports in Canada, and in more than 170 countries across the globe.

Regarded as one of the premier sports venues in the world, Mercedes-Benz Stadium is a state-of-the-art, retractable-roof facility featuring innovations in architecture, sustainability and technology, along with flexible seating capacity and soccer-specific features.

“We’re proud to bring our 2018 All-Star Game to Atlanta, a city and Club that have taken Major League Soccer by storm,” said MLS Commissioner Don Garber. “Atlanta United’s success is one of the most compelling and impressive expansion team launches in the history of pro sports, and a testament to Arthur Blank’s vision and leadership, and the tremendous team that he has built both on and off the field.  Atlanta and its supporters have earned the opportunity to host MLS All-Star week and showcase their passion for the beautiful game.”

With more than 36,000 season tickets sold in their inaugural season, Atlanta United has already broken MLS attendance records, averaging an unprecedented 48,200 fans during the regular season, as well as setting a new MLS single-game attendance record of 71,874 against Toronto FC.

“We are honored to host the 2018 MLS All-Star Game at Mercedes-Benz Stadium,” said Atlanta United Owner Arthur Blank. “Along with events such as the Super Bowl, College Football Playoff National Championship and NCAA Final Four, being selected to host the MLS All-Star Game in Atlanta again delivers on our promise to bring the biggest events in sports to Atlanta. The Atlanta United supporters and fans of the game from across Atlanta are incredibly dynamic and passionate; they will certainly play a huge role in making this a memorable MLS All-Star Game for the league and a special showcase for our great city and stadium.”

In addition to the match, Atlanta will host nearly a week of events surrounding the game, including concerts, community service initiatives, player appearances, as well as an additional showcase match featuring the best young players from around the league.

“We are honored that our city with its vibrant and diverse population and deep love for soccer has been chosen to host the 2018 MLS All-Star Game,” said Atlanta Mayor Kasim Reed. “The people of Atlanta look forward to showcasing our city and Mercedes-Benz Stadium next summer.”

The MLS All-Stars will be led by Atlanta United head coach Gerardo “Tata” Martino. As a former manager for star-studded clubs such as FC Barcelona and the Argentinean National Team, Martino is no stranger to managing and facing world-class talent.

The date and opponent for the 2018 MLS All-Star Game presented by Target will be announced at a later date.