75 Days until the 75th Celebration of March Madness in Atlanta 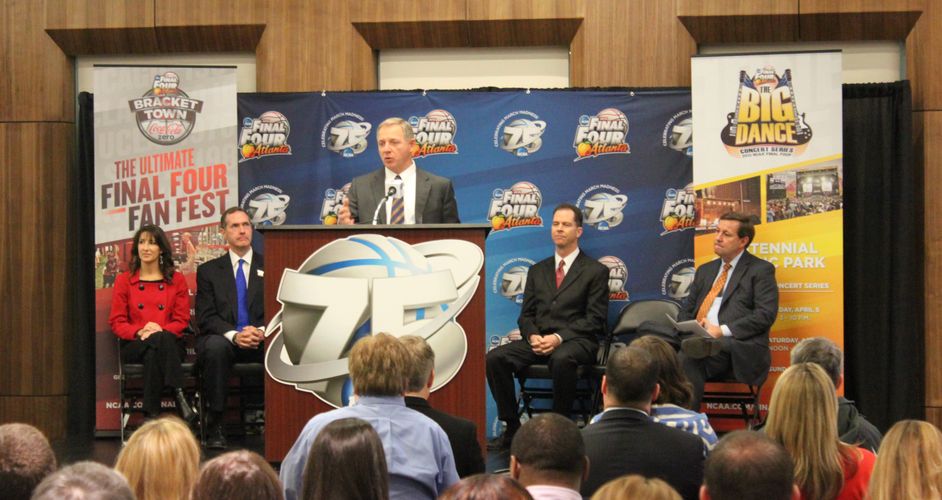 Final Four Press Conference
In 75 days, more than 100,000 visitors will gather in Atlanta to celebrate 75 years of March Madness during the NCAA Men’s Final Four weekend.  Atlanta will also become the first city in tournament history to host the Division II and Division III championships in the same weekend as the Final Four. The weekend is expected to generate an estimated $70 million economic impact for Atlanta.
“There is a reason we selected Atlanta. First of all, it has such a rich sporting history and a rich cultural history. It’s got the depth and diversity that really mirrors our event in so many ways, which made it the perfect choice to host the 75th celebration of March Madness,” said Mike Bobinski, chairman, Division I Men’s Basketball Committee for the NCAA, during a press conference held at the Georgia Dome, the host venue of the Final Four.
This year marks the Final Four’s fourth visit to Atlanta, which served as host city in 1977, 2002 and 2007.
Celebrating 100 years of hospitality, Atlanta Convention & Visitors Bureau is a private, nonprofit organization created to favorably impact the Atlanta economy through conventions and tourism.
Share This Page