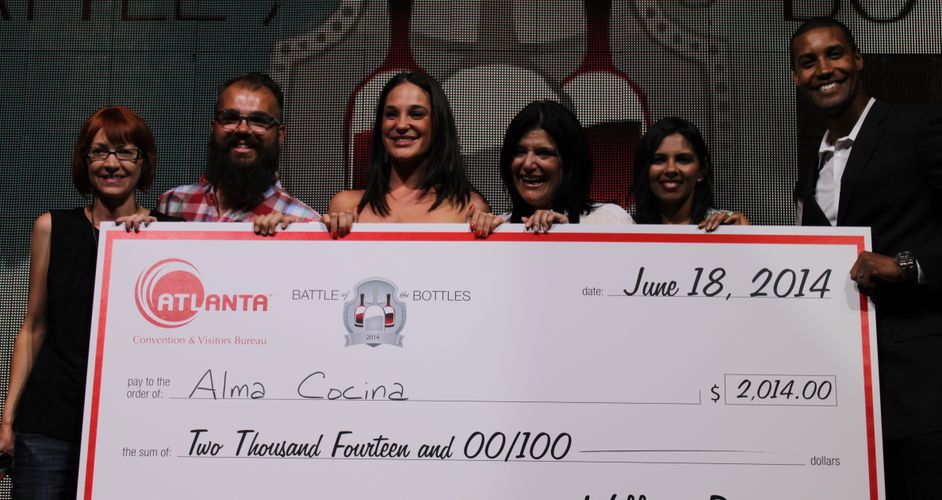 Alma Cocina with Battle of the Bottle Judges

The winner was announced at ACVB’s Connect event at Opera Nightclub on Wednesday, June 18. Alma’s grand prize includes $2,014, a free ACVB membership for one year, a feature in Atlanta Now and recognition at the Atlanta Hospitality Hall of Fame event in November.

Battle of the Bottles is one of several events offered by ACVB exclusively to its members. Five times a year, members are encouraged to network with industry peers at Connect, a causal cocktail reception. ACVB’s quarterly Industry Briefings teach members about the latest trends in the hospitality industry. In additional to the annual cocktail contest, ACVB organizes an annual Atlanta Hospitality Hall of Fame induction event, which recognizes dedicated industry leaders.

Established in 1913, ACVB is a private, nonprofit organization created to favorably impact the Atlanta economy through conventions and tourism.