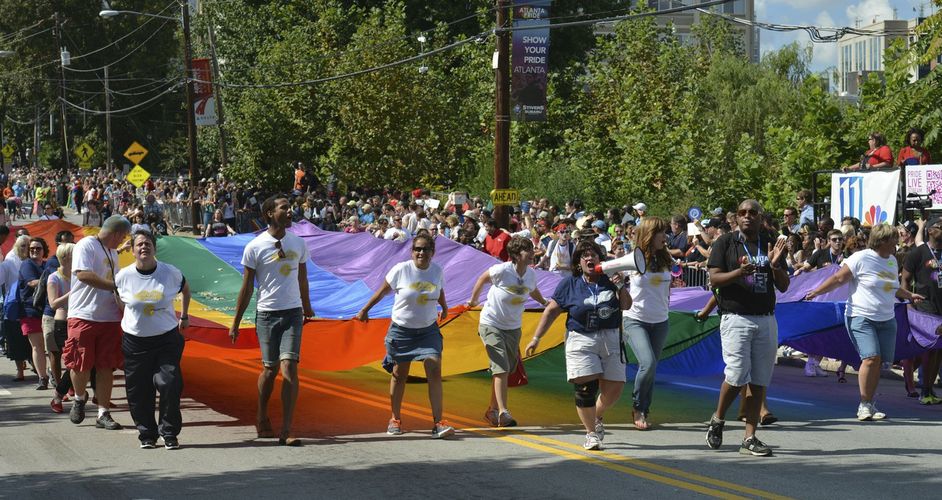 Atlanta is known for its Southern hospitality and welcoming community. Many different nationalities, cultures and socioeconomic backgrounds call Atlanta home and create a unique atmosphere for visitors and residents alike. Atlanta shines as one of the top LGBT-friendly cities in the U.S. and earned its fourth consecutive perfect score on the Human Rights Campaign’s 2016 Municipal Equality Index.

Atlanta Pride Committee, the organizers behind Atlanta Pride Week, promotes unity and visibility among Atlanta’s LGBT community. Outside Pride week in October, this group hosts programs, film screenings and dine out events for participants to network and create awareness for various topics. Past events include Paint for Pride, Atlanta Symphony Orchestra LGBT night and the “Let’s Talk About” series focusing on relevant subjects such as Pride’s roots and accessibility.

Atlanta’s annual Pride week celebration takes place in October and is one of the largest in the Southeast. The event draws thousands of members of the LGBT community, allies and advocates for parades, marches and rallies. 2017 marks the 47th annual Pride festival which features three performance stages, a Georgia Aquarium kickoff party and comedy showcase.

Created through Center for Civil and Human Rights, The LGBT Institute serves as an integral part of the global civil and human rights platform. The institute not only supports Pride initiatives in Atlanta and the Southeast, but also across the country. Exhibits, an annual symposium and research round out the institute’s efforts to promote awareness and educate people on LGBT rights.

For weekend and post-work activities, Atlanta is home to several leagues and groups to fit any interest or hobby. Sports enthusiasts can spectate or take part in the Atlanta Bucks rugby team and Atlanta Rainbow Trout – the swimming, water polo and diving team that has been around for more than 20 years. Singers and fans enjoy Atlanta Gay Men’s and Atlanta Women’s Chorus with cabaret, holiday and Broadway performances.

Atlanta’s welcome mat remains year-round with community events, discussions and organizations aimed at making it an accessible place for all. No matter the time of year, the Big Peach is ready to party with pride.