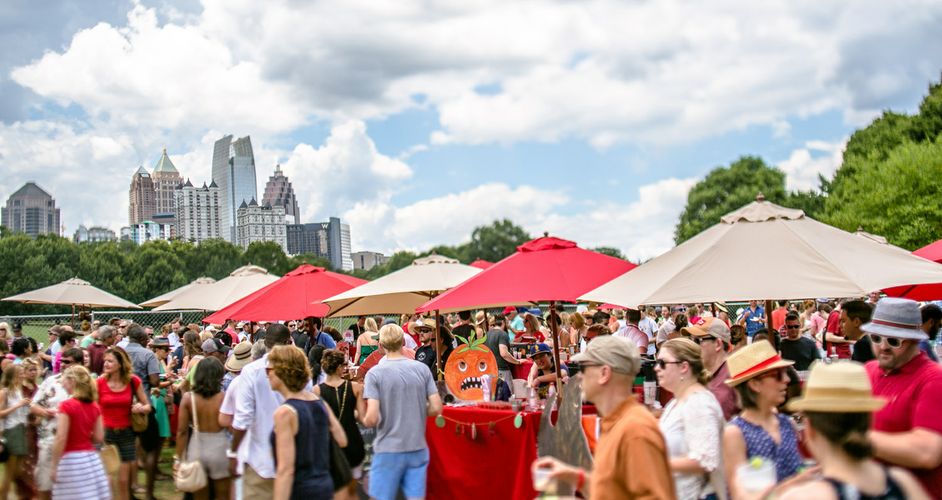 From indulging wanderlust to claiming a spot on a bench in Piedmont Park, everyone can connect with their personal sense of adventure in Atlanta. The creative, art and culinary scenes thrive amidst a city with deep ties to its rich history. Festivals offer visitors the opportunity to experience the diversity the city offers in neighborhoods around Atlanta during the summer months.

Renowned Atlanta-based chef and restaurateur Ford Fry presents the annual Attack of the Killer Tomato Festival. This benefit for Georgia Organics invites more than 50 chefs and mixologists to share their tomato-based creations. From tomato cocktails to samplers to ice cream, participants put the spotlight on local and organic tomatoes. Attendees enjoy live music and a chance to meet Fry, the owner of ten restaurants.

The largest independent book festival in the country, AJC Decatur Book Festival, invites guests to enjoy parades, live music and an interactive children’s area. Held annually on Labor Day weekend since 2006, the festival brings panel discussions and workshops for writing and reading lovers. It also hosts lectures and signings from more than 600 authors including Lemony Snicket. The festival even has its own mascot, Bookzilla, who can be seen mingling with the 80,000 attendees.

Since 1994, Music Midtown has been one of the most popular music festivals in Atlanta by bringing together music-lovers from all over the world with a touch of Southern hospitality. More than 30 artists perform on four stages across Piedmont Park with headliners such as Drake, Coldplay and Elton John. 2017 performers include Bruno Mars, blink-182, Bastille, Mumford & Sons and Young the Giant. Guests can treat themselves to bites from local-favorites such as JD’s Bar-B-Que and Mobile Marlay, with a magnificent view of the Midtown skyline from anywhere in the park.