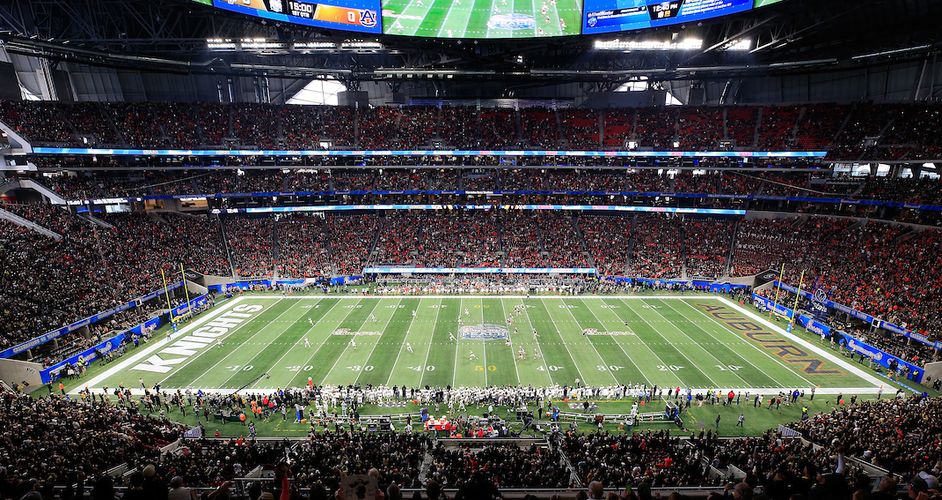 College Football Playoff Executive Director Bill Hancock announced a new contract has been signed with the Chick-fil-A Peach Bowl, securing its inclusion in the CFP through the 2025-26 football season.

“This is a tremendous win for the Chick-fil-A Peach Bowl and an enormous win for the city of Atlanta,” said Gary Stokan, Peach Bowl, Inc. CEO and president. “It is the highest form of validation for the growth and success of our game and our future in the CFP, and it will be a tremendous benefit to Atlanta, its economy and its significance as the college football capital of the world.”

“We are delighted to continue the relationship with the Chick-fil-A Peach Bowl and the people of Atlanta,” Hancock said. “Gary Stokan and staff do a great job, and Mercedes-Benz Stadium is a terrific venue. Atlanta has all the infrastructure and people to make the engine purr.”

Financially, the contract extension will be a windfall for the city of Atlanta, guaranteeing the Bowl’s significant economic impact for years to come.

“The importance of our inclusion in the College Football Playoff cannot be overstated from a financial perspective,” Peach Bowl, Inc. Chairman Bob Somers said. “The numbers speak for themselves. We simply have a greater impact across the board as a part of the CFP and we are delivering substantial impact on par with the biggest sporting events out there on an annual basis.”

For comparative purposes, the positive economic benefit from the Chick-fil-A Peach Bowl is roughly equal to that of the NCAA Final Four, CFP National Championship or Super Bowl every 3-5 years. The benefit for the local Atlanta community is that these impacts are guaranteed every year as opposed to rotating events that the city has to bid for that may only come to Atlanta every 10-15 years.

“This is a great opportunity for Atlanta and one the Chick-fil-A Peach Bowl worked hard to earn,” said William Pate, president and CEO, Atlanta Convention & Visitors Bureau. “It has a significant economic impact and solidifies Atlanta’s position as the capital of college football.”

Since its first CFP game in 2014, the Chick-fil-A Peach Bowl has:

The Chick-fil-A Peach Bowl is set for Dec. 29 at noon ET and will feature top-ranked teams from around the country as determined by the CFP. Last season, No. 12 UCF defeated No. 7 Auburn 34-27 in front of a sold-out crowd of 71,109.