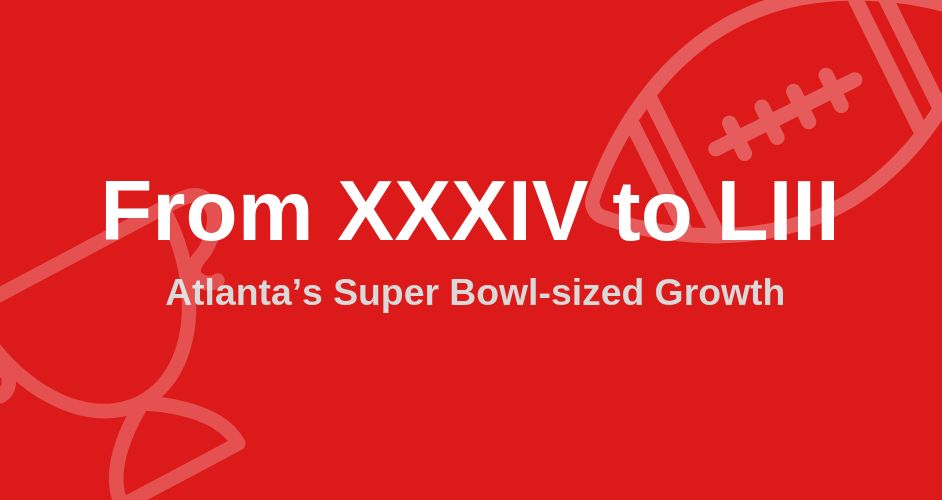 Super Bowl Then and Now

The year 2000 signaled the end of an era for some, but for the city of Atlanta, a new beginning. Long before the clock struck midnight on Dec. 31, 1999, the city prepared to welcome thousands of football fans as it hosted Super Bowl XXXIV. Now, nearly two decades later, the same holds true. Although the city is not entering a new millennium, Atlanta turns the page on a new chapter. 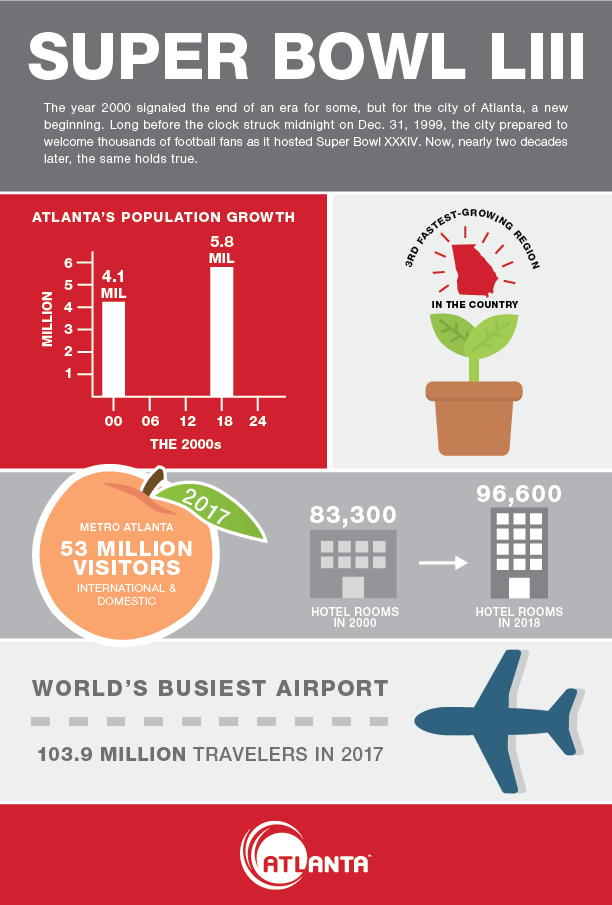 Eighteen years in the making  In 2000, metro Atlanta’s population was 4.1 million. Since then, the city’s accessibility, affordability and amenities led to an additional 1.6 million people. Today, 5.8 million residents call metro Atlanta home, making it the third fastest-growing region in the country. In addition to a growing population, visitation to the city continues to break records. Topping out at 17.8 million visitors at the beginning of the millennium, 2017 welcomed 53 million travelers, both international and domestic, to the Big Peach. To accommodate this growth, more than 12,000 hotel rooms joined the city’s portfolio to bring 2000’s inventory of 83,300 to today’s 96,600.
Hartsfield-Jackson Atlanta International Airport earned the title “World’s Busiest Airport” in 2000 as it welcomed more than 80 million passengers. This growth continues as it remains the busiest and 2017 saw 103.9 million travelers traverse its runways.

A film tax credit that did not exist in 2000 now allows Atlanta to rank among the top destinations for television and film in the world. In 2017, 320 film and TV projects shot in Georgia creating $2.7 billion in economic impact. Atlanta acted as New York City for the Marvel Cinematic Universe, Panem for Hunger Games tributes and the streets of LA for Fast and Furious drivers. 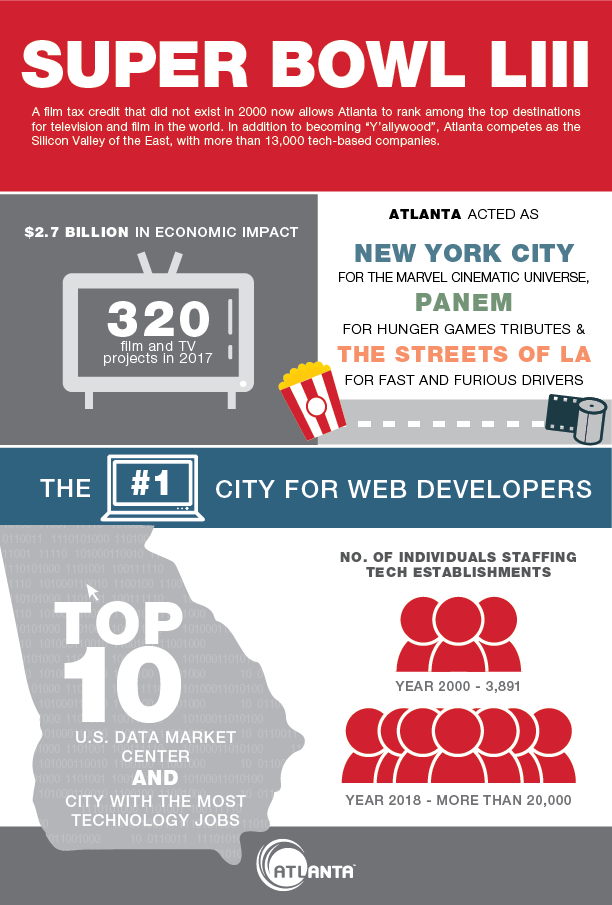 In addition to becoming “Y’allywood”, Atlanta competes as the Silicon Valley of the East, with more than 13,000 tech-based companies. Atlanta is the No. 1 city for web developers, a top-ten U.S. data market center and a top-ten city with the most technology jobs. For a sense of this growth, 3,891 individuals staffed technology establishments headquartered in Atlanta in Y2K. Today, that number exceeds 20,000.

Atlanta stands as “The City in the Forest” and continues to stay green with more than just impressive economic impact numbers. The city is the most forested urban area in America with more than 47 percent tree canopy. Atlanta BeltLine, the city’s rail-to-trail crown jewel, started as Ryan Gravel’s master thesis to turn dilapidated train beds to multi-use trail in the year 2000. 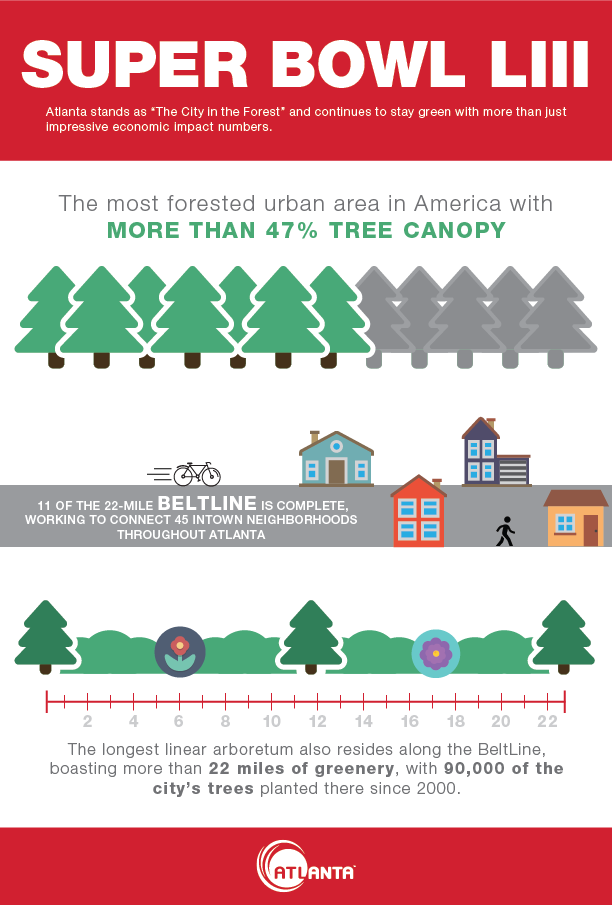 Over the last 18 years, 11 of the 22-mile project is complete, working to connect 45 intown neighborhoods throughout Atlanta. The longest linear arboretum also resides along the path, boasting more than 22 miles of greenery, with 90,000 of the city’s trees planted there since 2000.     The last 18 years blessed Atlanta with good food fortune. 2000 left no room for James Beard Award nominees representing Atlanta on its list, however, that number rocketed to 102 since the Titans and Rams faced off in the Georgia Dome. Krog Street Market and Ponce City Market sat as largely abandoned warehouses last time Atlanta hosted the Super Bowl. Now, both house food halls with stalls from international and renowned Southern chefs.

In just shy of two decades, Atlanta continues to grow as a city with more to offer than meets the eye. Super Bowl 53 positions the city in the spotlight on its growth as a global hub. The year 2000 held significance for Atlanta and began the momentum it continues experiencing almost 20 years later.