Keepin’ it Funky in Atlanta 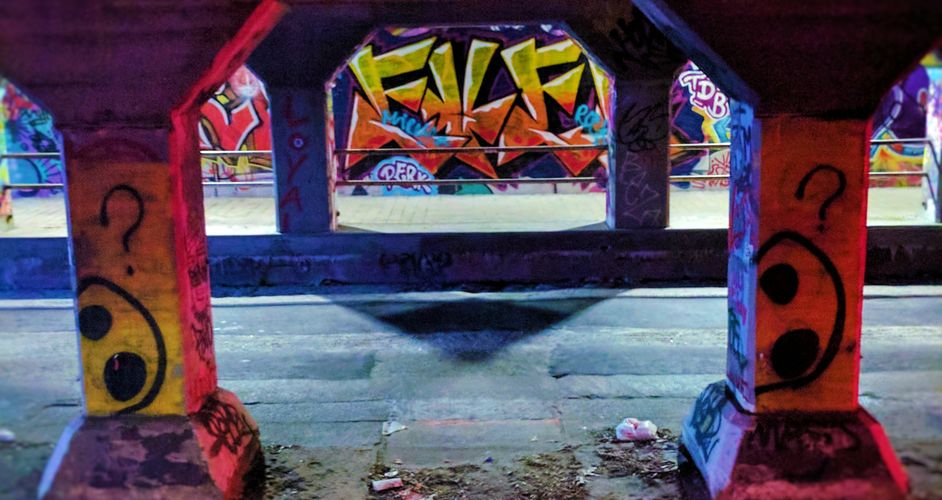 Atlanta is known as many things; cosmopolitan, modern, a metropolis, but residents know it for being funky. Visitors may not notice when they first arrive, however there is much to discover. Many Atlanta locations and experiences await those seeking the odd, weird and everything in between.

In the heart of Downtown, Trader Vic’s is a Polynesian-inspired location inside Hilton Atlanta. The space feels like a tropical paradise, adorned with Tiki idols and other island-themed design elements. Guests feel completely transported away from Atlanta while they enjoy Mai-Tai’s and communal style drinks that can serve up to four individuals such as the bar’s signature drink, Peachtree Punch.

Located in the epicenter of one of Atlanta’s most hipster neighborhoods, Little Five Points, is Vortex Bar & Grill. A giant skull greets patrons as they enter this local hangout where the burgers are well-known throughout the city. Notable signature dishes included the Classic Coronary, a half-pound sirloin patty topped with a fried egg, three slices of American cheese and four slices of bacon. The Vortex brand is so popular, Atlanta-based Red Brick Brewing Company created an amber ale called Laughing Skull.

Connecting Inman Park and Cabbagetown neighborhoods is Krog Street Tunnel which runs under the Husley Rail Yard. The underpass was constructed in 1913 and is hotspot for street artists to showcase their talent. Artists create simple or elaborate pieces throughout the tunnel and virtually every inch is covered in colorful paint. The artwork changes on a weekly or even daily basis, meaning visitors may never see the same thing twice.

Possibly the creepiest hike in Atlanta, Doll’s Head Trail at Constitution Lakes Park offers an outdoor adventure like no other. The 1.6-mile trail is an easy walk filled with eerie art installations full of vintage toys and antiques from Atlanta artist Joel Slaton. Hikers are encouraged to contribute to the displays using items found within the park. Upon reaching the southern portion of the path, there are scenic views of the Constitution Lakes.

It doesn’t get much weirder than the Adalanta Desert. In Atlanta’s Westside neighborhood, there is allegedly a portal to an alternative universe. Within this universe is the imaginary Adalanta Desert, which is commemorated with a plaque that is part of a global art installation at the bottom level of Westside Provisions District.