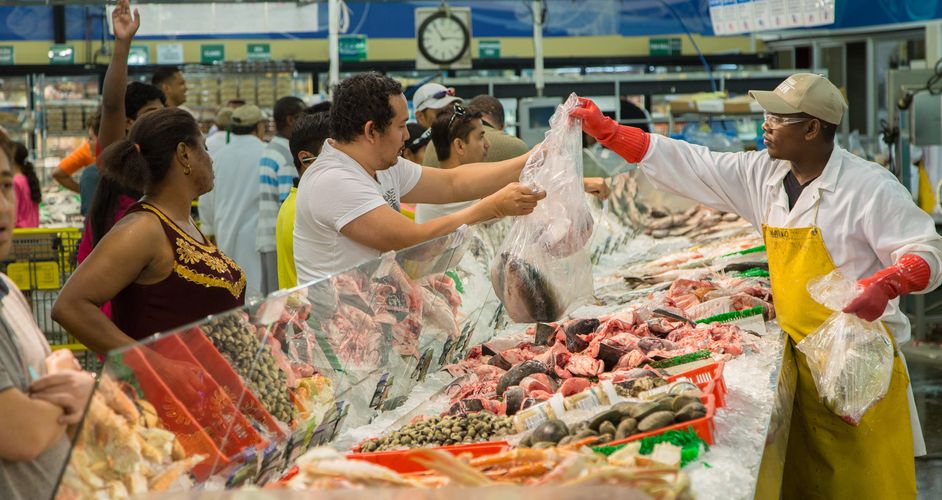 One of the most internationally diverse locations in Atlanta is Buford Highway. Signage in Korean, Vietnamese and Chinese is virtually everywhere, exuding a sense of being transported to a different location entirely. North of Atlanta, this stretch is home to several culturally-inspired cuisines and fresh produce in a multitude of locations.

Buford Highway is a multiethnic community encompassing nationalities from all over the world including Indian, Chinese, Mexican, Korean, Central America and Ethiopian. When Atlanta hosted the 1996 Olympic Games, it attracted many immigrants to the area which led to Buford Highway becoming known as the city’s international corridor.

There are more than 1,000 immigrant-owned businesses that serve Buford Highway, and one location that offers a wide diversity of food options is Asian Square Shopping Center. This unique plaza has dishes from all over the globe like Korean BBQ, bahn mi sandwiches and pho. La Mei Zi is run by two sisters who offer spicy traditional Taiwanese dishes like beef, noodles and rice as well as Sichuan plates and soups that pack a hot punch.

Across the plaza, Mamak highlights Malaysian style foods that are typically found at street stalls. Curry, tofu and beef dominate the menu offerings with unique dishes nudged in between like salt and pepper squid and lemongrass chicken. For a sweet treat, Sweet Hut Bakery can satisfy a craving for an after lunch or dinner snack. Sweet Hut Bakery is one-of-a-kind with Asian-inspired goods such as red bean mochi, a sesame seed topped bun with sweet cream wrapped in a mochi rice cake. The signature bubble teas contain chewy tapioca balls.

Just north of Asian Square is a multi-cultural grocery store worth checking out. Buford Highway Farmers Market has operated for more than 30 years, providing ethnic foods from all over the world. Some of the global regions represented includes Central and South America, West Africa, Japan and Eastern Europe. Visitors can find everything from fruits and vegetables to exotic ingredients and items. The market also offers cooking classes from 13 chefs that each specialize in worldly cuisines.