Local Spotlight: What to Expect at SunTrust Park 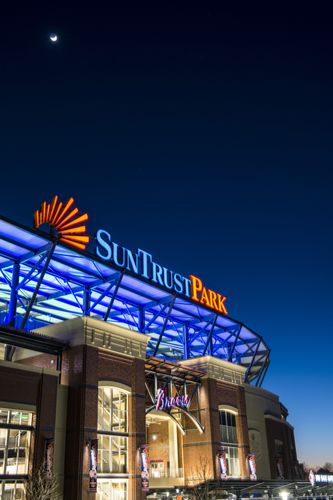 SunTrust Park: Designed with the baseball fan in mind, SunTrust Park is 20 percent smaller than Turner Field, creating an intimate seating configuration placing fans closer to the field than any other MLB stadium. For fans looking for an upgraded experience during the games, they won’t need to look any further than the stadium’s 4,000 premium seats offered in three areas – SunTrust Club, Delta SKY360 Club and Terrace Club. Making the transit from Turner Field, the Chop House has been reimagined as a three-level entertainment space with two party decks, field level seating and full menu and bar.

The Battery Atlanta: Flowing directly into the stadium, The Battery will serve as a year-round live/work/play destination and the starting point for game days. The Battery will offer more than the standard ballpark fare, featuring several concepts by a few of Atlanta’s award-winning restaurateurs – Ford Fry and Linton Hopkins. Fry will bring the second location of his “Mex-Tex” restaurant El Felix as Hopkins plans to open a steak house concept.