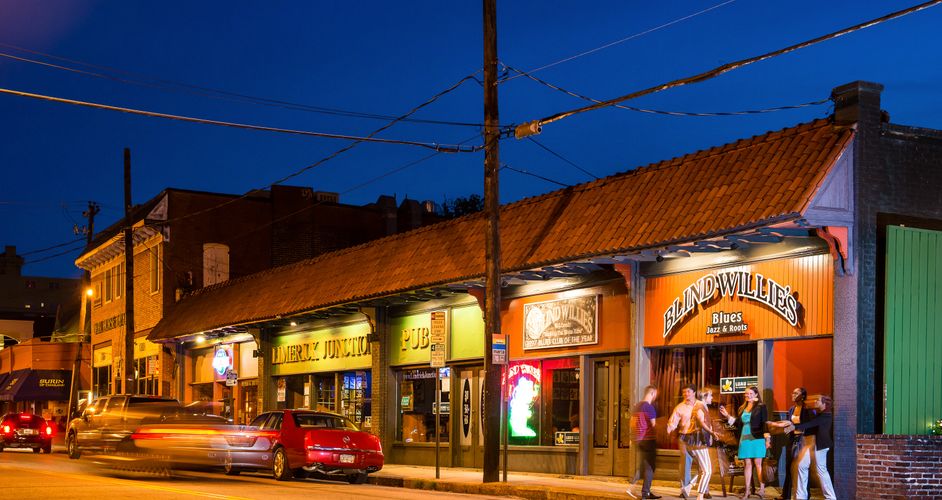 No matter what type of music speaks to you, Atlanta has it. From intimate listening rooms to large festivals, Atlanta hits the right note with music lovers. The thriving music scene of the city will soon be featured in an upcoming episode of Music Voyager, an international PBS travel series. This backstage pass to Atlanta’s musical landscape will showcase local artists like Ruby Velle & the Soulphonics, Killer Mike and The Bush Brothers alongside local establishments like LottaFrutta, Daddy D’z BBQ Joynt, and The Porter Beer Bar. From opera to electronic dance music, the guide below will help you get your music fix in Atlanta.

Where to eat: Several Atlanta venues can satisfy more than just a hunger for music by offering full menus. Boasting live music nearly every night, The Earl in East Atlanta is the place to see up-and-coming rock acts. The menu includes options that both vegetarians and omnivores can enjoy, alongside a full bar. Apache Café features local artists in an intimate setting and is the spot for hip-hop and soul enthusiasts in the Midtown neighborhood. Erykah Badu and India.Arie jumpstarted their careers here where open-mic nights, DJs and jam sessions occur each week. Apache Cafe’s menu serves as an extension of the creativity housed here, with dishes that hit all the right food notes.

Where to listen: Every genre of music can be found in Atlanta including Americana, classical, electronic and more. For more than 20 years, musicians have found a following at Eddie’s Attic including singer-songwriter Kristian Bush, who hosts an annual Thanksgiving performance here. For 70 years, the GRAMMY® award-winning Atlanta Symphony Orchestra has wowed audiences with symphonies, solo acts and musical collaborations. The Tabernacle, named one of the “25 Most Popular Music Clubs in the U.S.” by Billboard, hosts national acts year-round and is named for its history as a Baptist Tabernacle church.

Where to Stay: The Highland Inn Ballroom Lounge is a unique venue located beneath the historic Highland Inn Hotel in the Poncey-Highlands neighborhood. The Ballroom hosts a variety of local acts from garage rock to lounge acts.

When to Visit: Finding music year-round in Atlanta is easy, but the spring and summer months are when the festival scene comes to life. For a complete musical experience, check out Atlanta’s multiple music festivals like the Atlanta Jazz Festival, Music Midtown, TomorrowWorld or Shaky Knees Music Festival.

For even more information on all the music Atlanta has to offer check out Music in Atlanta or www.atlanta.net/musicvoyager.