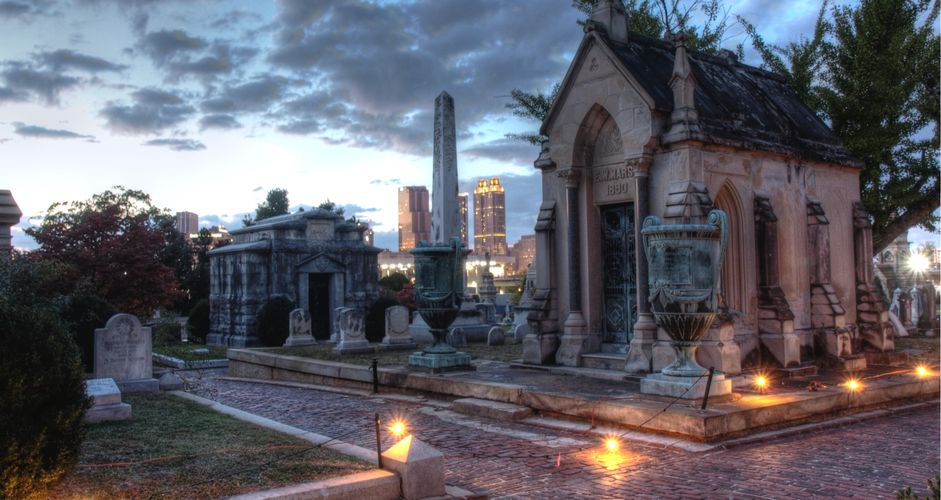 Leading up to All Hallows’ Eve – when it is said the dead roam freely – opportunities for catching ghostly glimpses in Atlanta abound. Strange sensations, mysterious mists and disembodied voices are commonplace this time of year, giving grown-up thrill seekers ample opportunity to encounter the dead.

Patrons of the Masquerade report experiencing hair-raising sensations while on the dance floor, and audience members at The Fox Theatre confess to feeling the presence of Roosevelt, the boiler room phantom. Other locations for a ghoulish encounter include:

Celebrating 100 years of haunted hospitality, ACVB is a private, nonprofit organization created to favorably impact the Atlanta economy through conventions and tourism that benefit both the living and the dead.